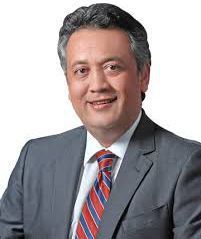 Mr. Soichiro Honda in 1948 bought five hundred tiny cylinder military surplus engines, attached them on to the bicycles along with a chain, and thus began his journey to be a major automobile manufacturer in the world.

In 1952, one day Mr. Honda and Fujisawa approached Mitsubishi Bank for a million-dollar loan, so they my import machinery from America and Germany. They took the bankers for an evening of entertainment, giving them a fantastic time, they narrated jokes, sang songs, and took the spirits high with alcohol. The Bankers had a great evening. Next day the bankers refused to give the loan, as they felt reluctant to trust a company lead by “two clowns.”

Mr. Honda and Mr. Fujisawa remained resilient, got the loan, and kept gaining momentum to become one of the best automobile companies in the world.

Honda’s way of working was to set the goal, be it technical or commercial and try one approach after another, and not giving up till the goal is achieve.

Honda also had to struggle to be able to enter the four wheeler market as Ministry of Industry and Trade, which was the regulatory agency issuing licenses for Japanese companies to enter any industry made it very challenging, yet Honda prevailed.

Today, Honda is one of the few companies that is strong both in two wheelers and four wheelers.

Honda adopted the Just in time manufacturing system pioneered by Toyota. He insisted on spending most of his time on the shop floor watching the workers closely. He was referred to as “Mr. Thunder” for if he saw careless mistakes being committed by technicians, he would express his anger, and if he saw an engineer being careless, his anger intensity would be even higher. He would often remind his technicians and the engineers “we are not selling clothing or apparel…if a small thing like a bolt or a nut goes wrong, the customer’s life is in jeopardy.

Honda encouraged wearing of the white jacket as a part of the uniform, there were two objectives, 1. To promote equality among Honda workers, 2. To ensure cleanliness at the shop floor, as any oil leakage would come to notice immediately, as stains on the workers clothes.

Mr. Honda’s lifelong guru was Thomas Edison and started working as an apprentice at the age of 15. It is said that once, when a schoolteacher scolded him for not finishing the assignment, he reacted by saying that a school diploma was worth less than a movie ticket. Mr. Honda kept learning and by the age of 31 had 100 patents to his name and was known to have excelled in making piston rings and supplying them to Toyota.

His obsession towards attention to detail, along with initiative and maintaining a strong relationship between the technicians and the management were pillars for the Honda company’s success.

He often exhorted his team members to remain optimistic is challenging times, not to wait for perfect conditions and to keep working towards achieving one’s goals, day after day, after day.

An Article By Vijay Michihito Batra